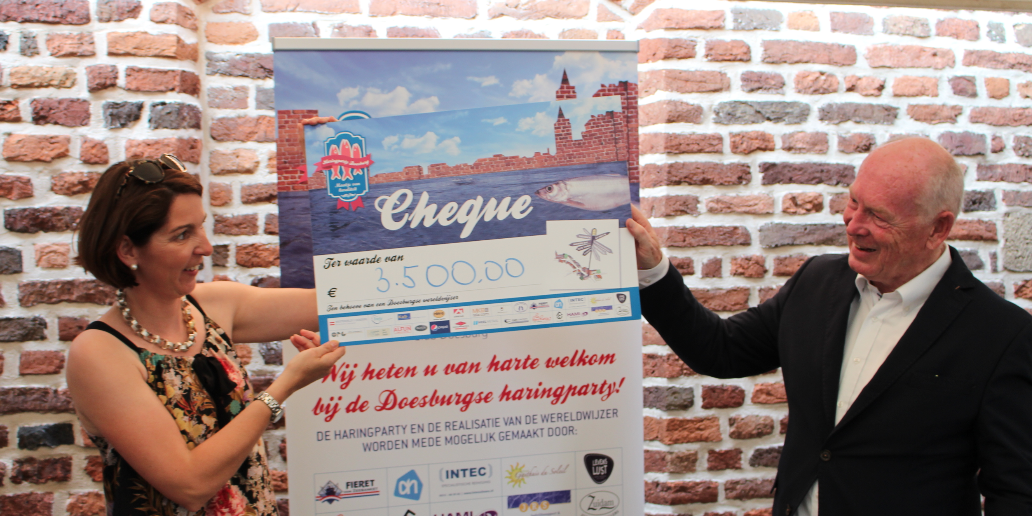 The herring party in Doesburg has delivered 3,500 euros. The money was brought together for an auction in which Doesburgse entrepreneurs offered money for herring and entrance tickets.

The first auction was a brace auction in which the timer ruled that Martin Beijer won the money with his donation. The second auction was by auction and ended up with Femke Jentink from Linco Food Systems behalf of SID, Industry Foundation Doesburg.

Total spent herring party 3,500 euros. This money will be spent on the construction of a place pointer must be placed somewhere in Doesburg next year. This shows how many kilometers away to cities like Amsterdam, New York and Domburg are Doesburg.

Prior to the auction, there was the unveiling of the bronze model of the town of Doesburg. This has been realized by the proceeds of the previous herring party and on the Vischmarkt – the new name for the square – the town hall.

Watch the video report of the unveiling of the model and the herring party. The stakes are won by Martin Beijer and Femke Jentink offered to the residents of IJsselzicht and Hesse canal.

Click on the photo below for a video report of the herring party. 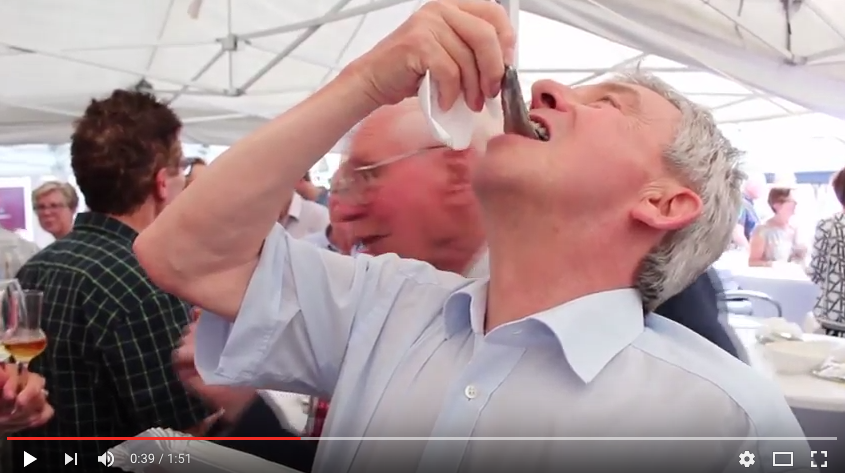